Перейти к содержанию
Главная » Core Java » Why we need to use Multiple Threads?

Why we need to use Multiple Threads?

Why Use Multiple Threads?

In many situations, having more than one thread running in a program is beneficial. Here’s a more in-depth look at why this can be good.

Better Interaction with the User

If only one thread was available, a program would be able to do only one thing at a time. In the word processor example, how nice it was to be able to open a second document while the first document was being formatted and queued to the printer. In some older word processors, when the user printed a document, he or she had to wait while the document was prepared for printing and sent to the printer. More modern word processors exploit multiple threads to do these two things at the same time. In a one-processor system, this is actually simulated by the operating system rapidly switching back and forth between two tasks, allowing for better user interaction.

From the perspective of a microprocessor, even the fastest typist takes a tremendous amount of time between keystrokes. In these large gaps of time, the processor can be utilized for other tasks. If one thread is always waiting to give a quick response to a user’s actions, such as clicking the mouse or pressing a key, while other threads are off doing other work, the user will perceive better response from the system.

Threads in Java appear to run concurrently, even when only one physical processor exists. The processor runs each thread for a short time and switches among the threads to simulate sim-ultaneous execution. This makes it seem as if each thread has its own processor, creating a virtual multiple processor system. By exploiting this feature, you can make it appear as if multiple tasks are occurring simultaneously when, in fact, each is running for only a brief time before the context is switched to the next thread.

In some machines, several real microprocessors are present. If the underlying operating system and the implementation of the JavaVM exploit the use of more than one processor, multithreaded Java programs can achieve true simultaneous thread execution. A Java program would not have to be modified because it already uses threads as if they were running on different processors simultaneously. It would just be able to run even faster.

Do Other Things While Waiting for Slow I/O Operations

Input and Output (I/O) operations to and from a hard disk or especially across a network are relatively slow when compared to the speed of code execution in the processor. As a result, read/write operations may block for quite a while, waiting to complete.

In the java.io package, the class InputStream has a method, read(), that blocks until a byte is read from the stream or until an IOException is thrown. The thread that executes this method cannot do anything else while awaiting the arrival of another byte on the stream. If multiple threads have been created, the other threads can perform other activities while the one thread is blocked, waiting for input. 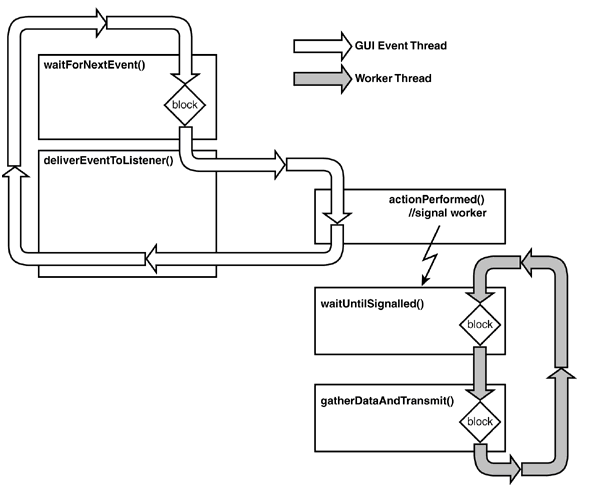 Figure 1.2: The partitioning of the work between two threads.

By dividing the work between two threads, the GUI event-handling thread is free to handle other user-generated events. In particular, you might want another button, labeled Cancel Request, that would signal the worker thread to cancel the interaction with the server. If you had not used a worker thread to perform the interaction with the server, but simply had the GUI event thread do the work, the interruption activity triggered by the Cancel Request button would not be possible.

Object-oriented analysis of a system before it is built can lead to a design requiring some of the objects to have a thread running within them. This kind of object can be thought of as active, as opposed to passive. A passive object changes its internal state only when one of its methods is invoked. An active object may change its internal state autonomously.

As an example, consider building a digital clock graphical component that displays the current system time in hours and minutes. Every 60 seconds, the minutes (and possibly the hours) displayed on this component will have to change. The simplest design is to have a thread running inside the clock component and dedicated to updating the digits when necessary. Otherwise, an external thread would have to continually check whether it is time to update a digit, in addition to performing its other duties. What if that external thread had to read data from an InputStream, and it was blocked, waiting for a byte for longer than a minute? Here, exploiting the benefits of multithreaded programming simplifies the solution.

You might also like following tutorials
Thread-safe Hash Map in Java and their performance benchmark
1. Java Thread-safe Map Overview The Map object is
2394
How to get the stack trace of current thread in Java
This tutorial demonstrates how to dump stack track
19.1к.
Java Map Iterator Example
Java Map Overview Map is an important Java collection
2225
Java Book Recommendations: Top and Best Java Books
Top1 Java Book Recommendation: Thinking in Java Author: Bruce
0365
Java Remote Debugging on WebLogic Server with Eclipse
Oracle’s WebLogic is a leading Java-based server software
0354
How to HotSwap Java Code into JVM (Redefinition Example)
Java HotSwap Overview The terms of development is actually
0247
How to Sort a List in Java
We usually have problem to sort the specified list
0272
Java Access Modifiers: Public, Protected, Friendly and Private
The access to classes, constructors, methods and fields
1877